a wilderness in a City 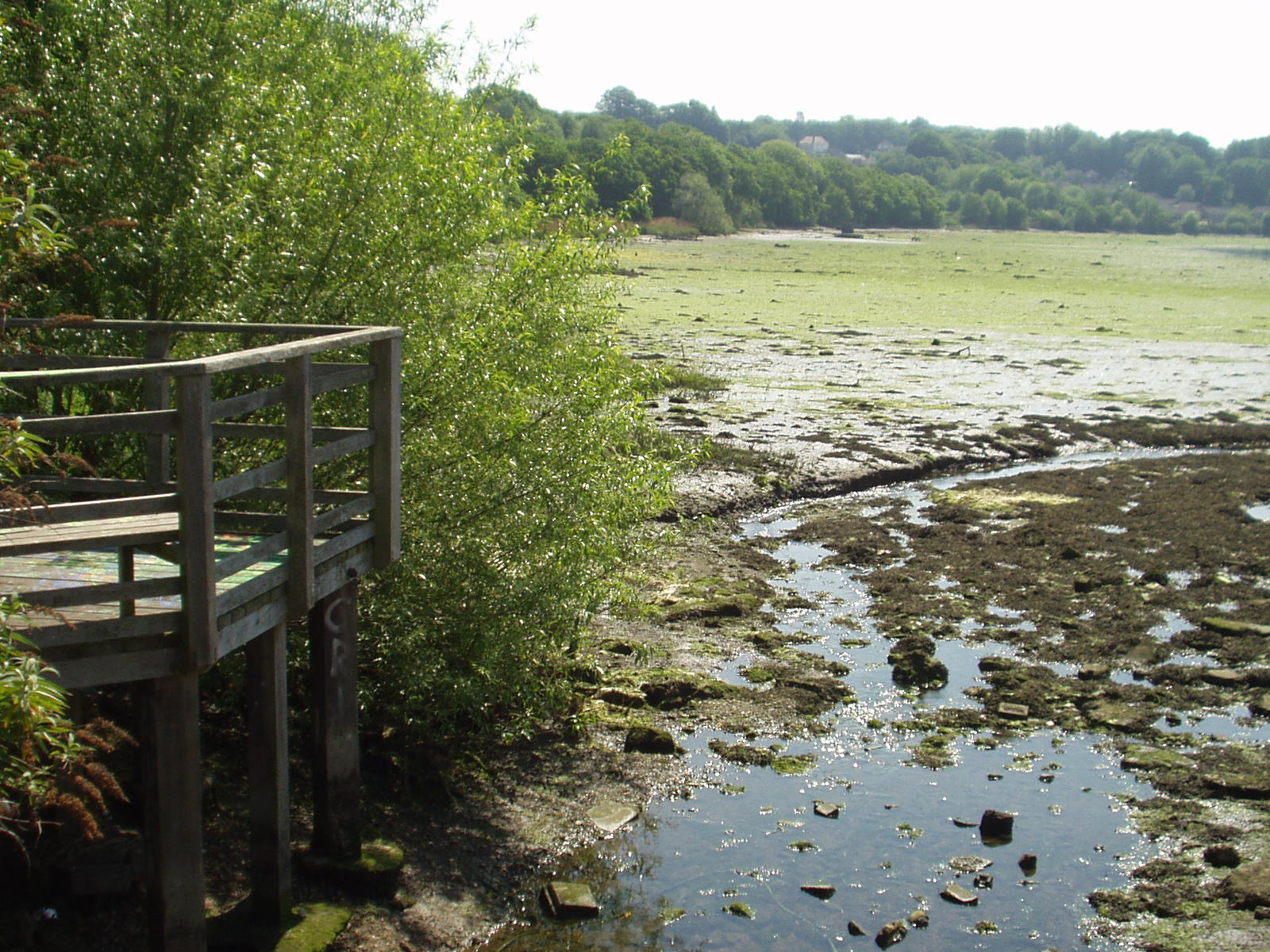 Chessel Bay is situated in Southampton City on the eastern bank of the river Itchen, south of Northam Bridge.

The Bay is the only remaining long stretch of undeveloped, natural shoreline in the lower Itchen river. A narrow strip of woodland, with oak, beech, brambles and hawthorn, runs along the edge of the Reserve which is bounded by a railway line to the north east. A parallel strip of shingle and salt-marsh contain iris, sea club rush, reeds and sea asters.  The largest proportion of the site is composed of mudflats, which at low tide provide  feeding grounds for wading birds and wildfowl. The distinctive sight and sound of oystercatchers is common throughout the year, as is the song of birds which inhabit the woodland.  The main entrance is through the end of Quayside Rd. Grid ref SU441 131 Post Code SO18 1DP.

Local Nature Reserves (LNRs) are for both wildlife and people. They are places with wildlife or geological features that are of special interest locally.  They offer people opportunities to study or learn about nature, or simply enjoy it.   Chessel Bay was designated Southampton City's first Local Nature Reserve in 1989; a statutory designation under Section 21 of the National Parks and Access to the Countryside Act 1949. It is one of over 1050 LNRs in England.

The Reserve is important nationally; the mudflats are part of the Lee-on-Solent to Itchen estuary Site of Special Scientific Interest or SSSI. It is one of four SSSIs in Southampton City. Chessel Bay is also part of the Southampton Water and the Solent Marshes, whose area constitutes a SPA — a Special Protection Area protected under European legislation. It is also part of a wetland of international importance - a Ramsar site.

The responsibility for Chessel Bay lies with Southampton City Council and Natural England (see link below).   Currently, the City Council and volunteers team up twice a year to help maintain and care for the site. See below: What you can do. 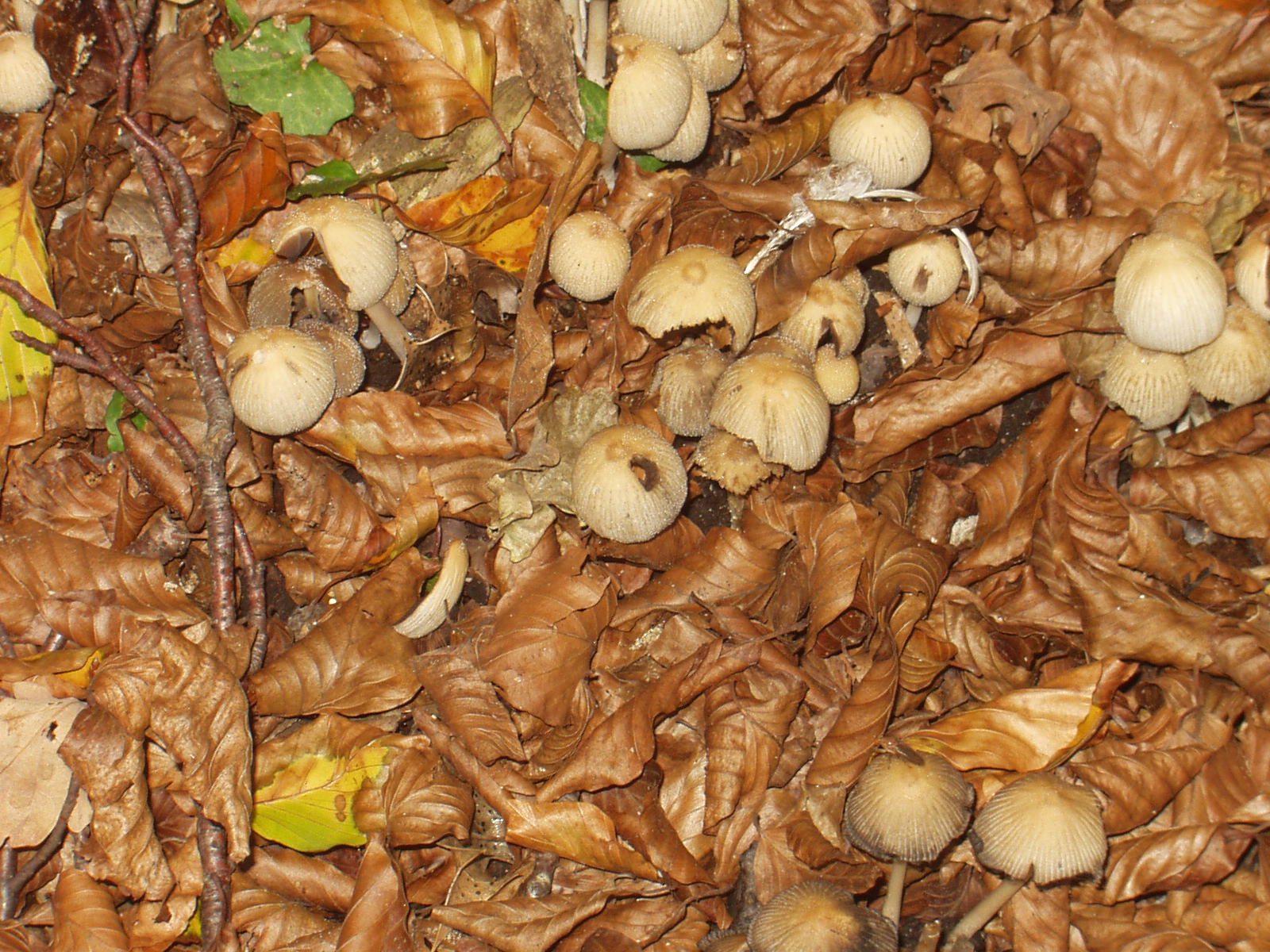 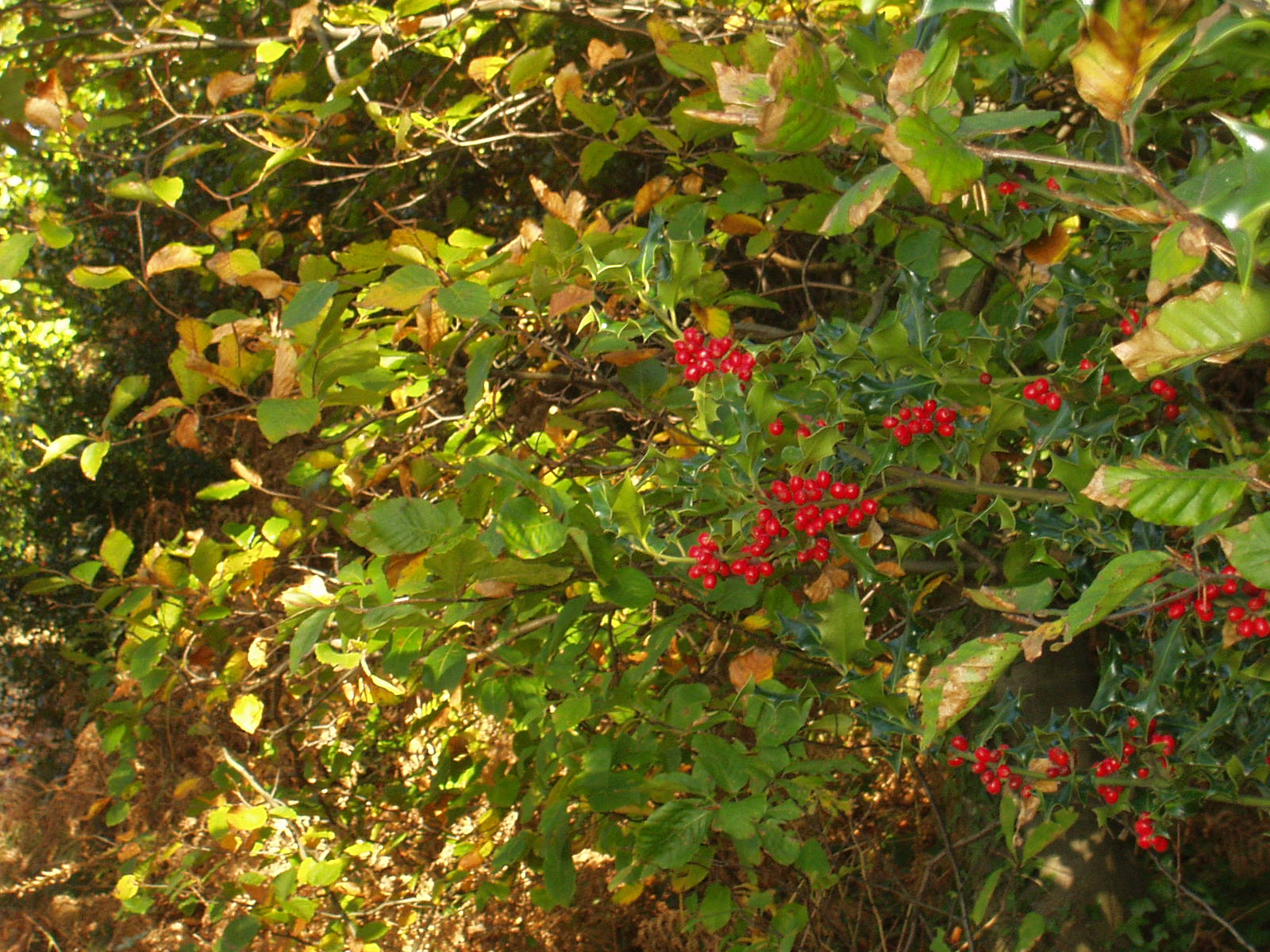 Wading birds can often be seen on the mudflats when the tide is low: in the winter months brent geese and black-tailed godwits can also be spotted.  Egrets, more common in recent years, stalk the shallows, as does the occasional heron.  Kingfisher have been spotted too.  Along the shoreline common shore crabs scuttle through the seaweed.  Fifteen species of butterflies have been observed at the Bay in recent years, these include the gatekeeper, painted lady, large skipper and holly blue.

Details of wildlife inhabiting Chessel Bay will be added to this website as available.  The 'Natural History of Chessel Bay' includes species lists for 1993, both Flora and Fauna, see link to PDF in the section on Books and further reading. The Southampton Natural History Guide 1987 includes a list of Flora for Chessel Bay, see link below.  A 2008 spring survey shows over 130 different plants, mosses and lichen in the Bay. Wood anemone, cow-wheat, bitter-cress and sea aster are among the many plants recorded. Please see link below.  A fungi survey for autumn 2008 and 2009 can be accessed below, see link.  An October 2009 shore survey can also be accessed below, see link. Many thanks to Phil Budd of Southampton Natural History Society for his records. Bird counts for 1995 -2001 and January - November 2011 many thanks to Mark Painter. Autumn 2011 and continuing 2012 bird observations many thanks to Ian Watts. Two kingfishers and a greenshank were spotted in the Bay this February 2012. During July there was a big increase in the number of Redshanks returning to Chessel Bay: with 12 at the beginning of the week to 21 on 20th July; numbers on 24 August reaching 38. A rare sight in the Bay: an osprey on 24 September 2012 - seen on the river daily during the previous week. For more details see Chessel Bay Bird Counts 2011 (and continuing) below.

Many thanks to Ian Watts for beautiful bird photos and observations. Greenshank, little egret and oystercatcher below. 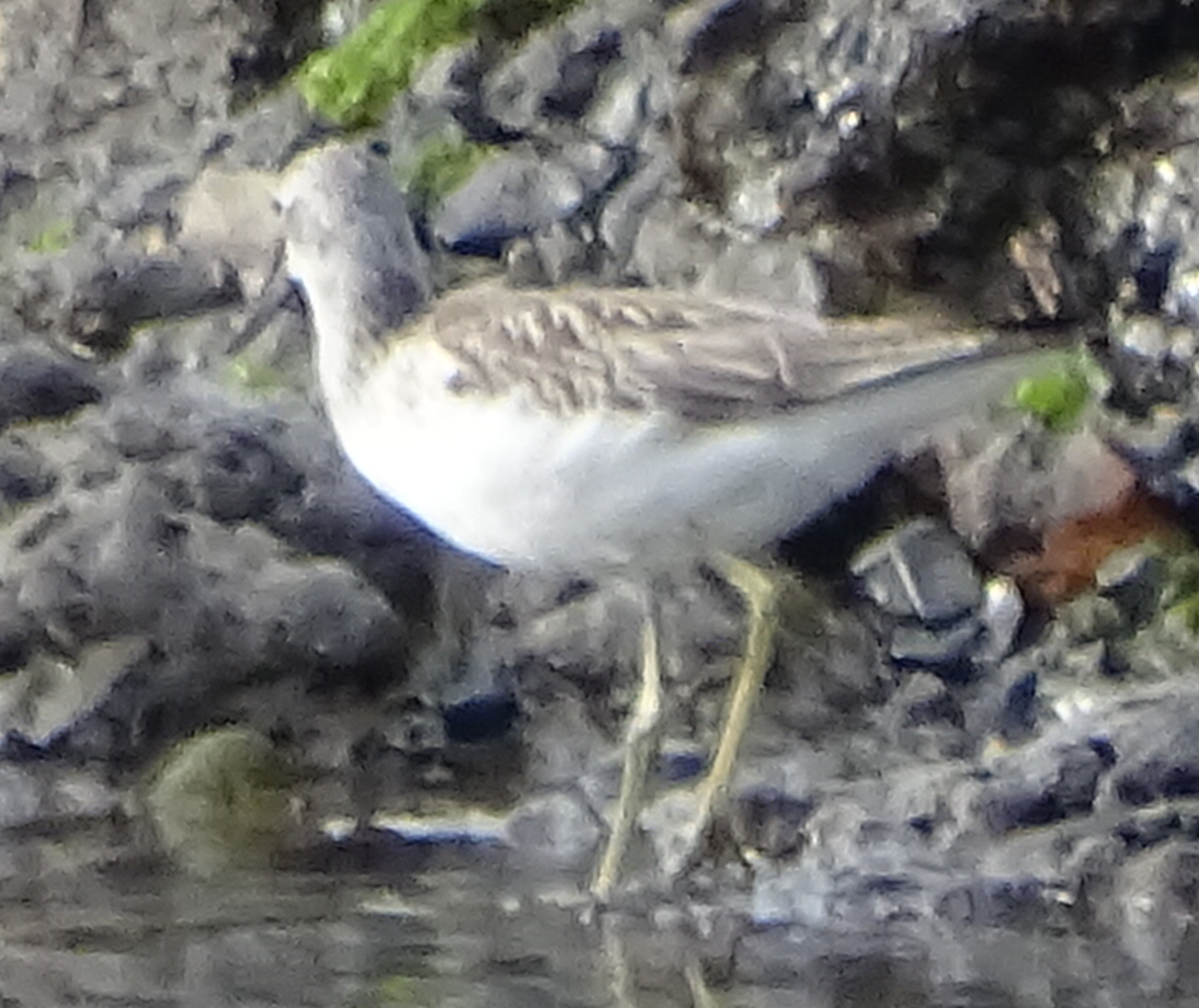 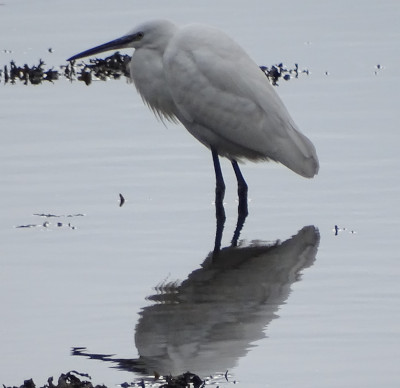 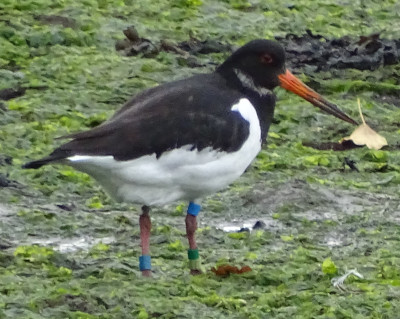 Many thanks to Tammy Horton for observations and excellent photographs.

Litter - and other management issues

Chessel Bay has a particular problem with large amount of litter, much of it brought in by the tides. This is unsightly and dangerous to wildlife and visitors to the Reserve. Considerable quantities of waste including plastic bottles and polystyrene, which disintegrates into thousands of tiny plastic bobbles and mingles with the structure of the Reserve.  Plastic pellets, or nurdles, are also a particular problem (see below).The City Council and local volunteers team up twice a year to combat this problem by organising litter picks.  Watch this website, and local notice-boards for further up-dates.  The Southampton Urban Wildlife Centre and Friends of Chessel Bay organise additional information at the site on these days.

Friends of Chessel Bay submitted complaints to the Environment Agency in 2012 and 2019 with regard to the number of plastic pellets on the site. See letter and response below.  See also PDF on Citizen Science carried out in Chessel Bay and elsewhere by local S.A.S. rep Mairin Williams.  Many thanks for her hard work sorting through all the many items that turn up in the Nature Reserve.


Surfers Against Sewage S.A.S reps Katrina and Mairin have produced a 2020 "Southampton Nurdle Report". This includes research in Chessel Bay and findings submitted to the Environment Agency. Well done girls!  Details below: 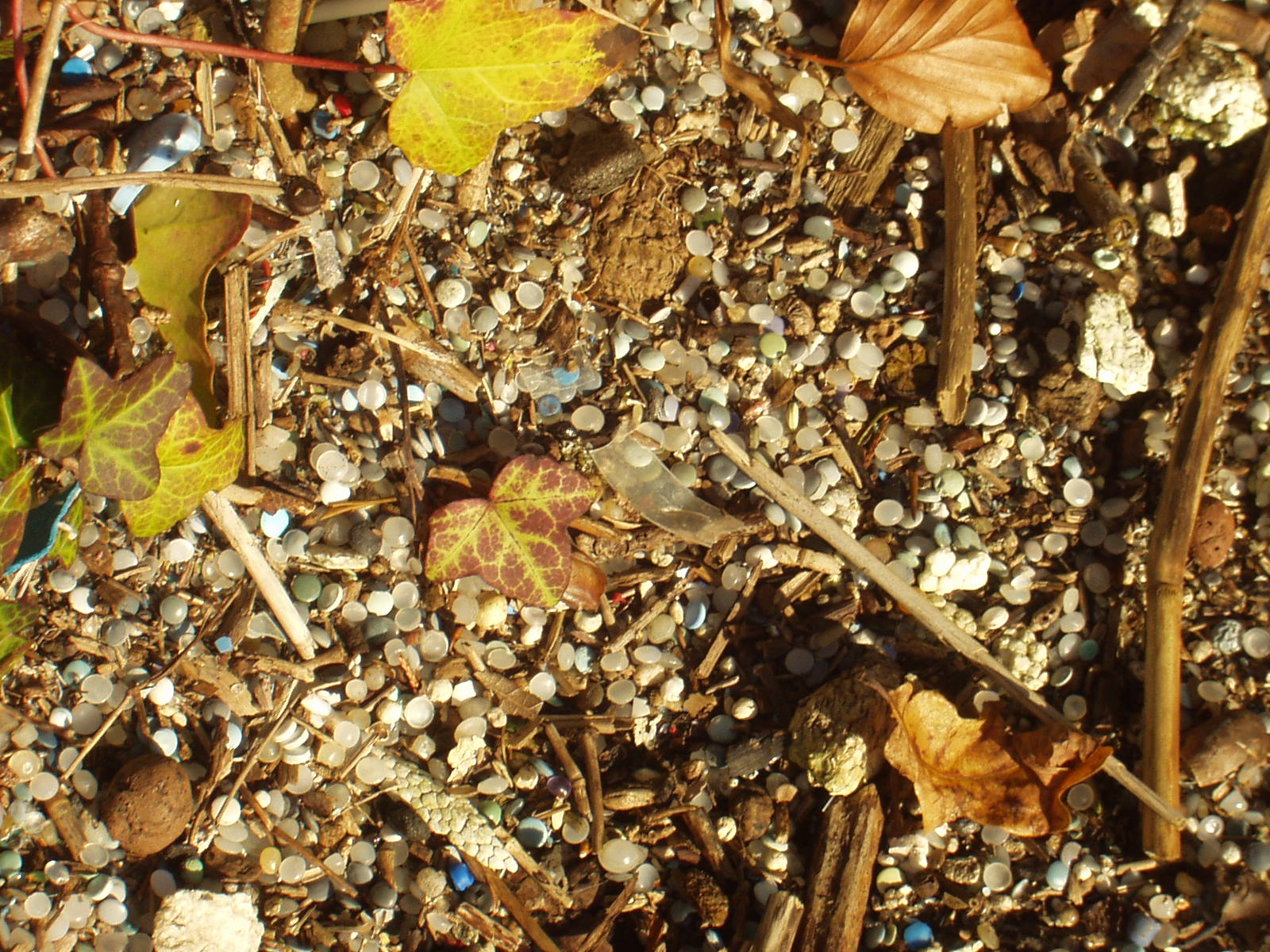 At Southampton University's Science and Engineering Day 2017, a team from NOC (National Oceanography Centre) won a prize for their display showing how nylon could easily be made by members of the public. Their impressive stand linked production and use of man-made materials to the huge and growing problem of plastic pollution in the marine environment. Well done to Sarah and the team for increasing public awareness!

In the winter months, the mudflats are sometimes dug up by bait diggers searching for ragworms.  This activity impacts on the site disturbing the creatures of the mudland and wading birds whose visits to this precious urban resource are greatly reduced as a result.

Other management issues, such as erosion of the bank and maintenance of the wooden structures, also need to be highlighted and attended to as necessary. 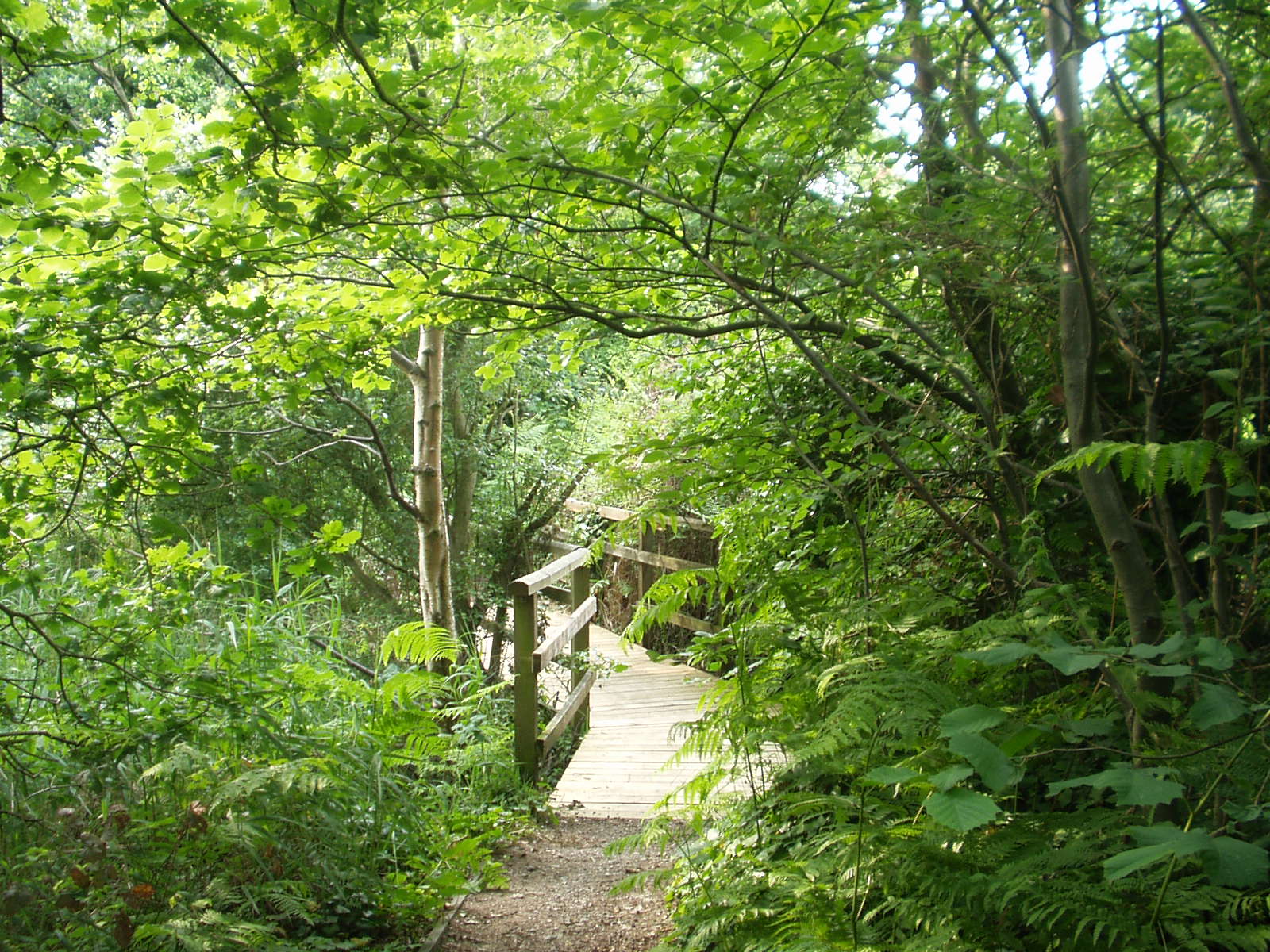 What you can do to help wildlife in the Nature Reserve


Come to the litter picks - every bag of rubbish collected makes a difference.  THANK YOU to everyone who helps out at our litter picks; we collected 520Kg of rubbish (excluding tyres and wheels) at our Autumn 2021 clean-up - a stupendous effort by all. Teamwork from the City Council and volunteers all pulling together makes for a successful day. If you'd like to come and give us a hand, please see local publicity.  Meet at the end of Quayside road SO18 1DP  from 10am, wearing sturdy clothing - please bring your own gloves.  Under 16's need to be accompanied by a responsible adult.*

Keep to the footpath to reduce disturbance & erosion- note end of access.

Please do not disturb birds by walking along or into the mudland. In particular, bait digging in the Nature Reserve damages the creatures living in the mud flats and disturbs visiting birds feeding up to migrate or survive the winter.

Help to warden the Nature Reserve by watching out for vandalism.

Clean up after your dog has a poo.

Please do not cycle in the Reserve. Cycling contributes to erosion of the footpath and woodland vegetation and is dangerous to other visitors.

If your child goes to Bitterne Manor Primary School take them to the viewing platform opposite the school entrance & show them the swans, ducks and egrets in the Bay - but please do not feed the birds.  Few urban schools have such a valuable resource opposite their school entrance.

The 'Friends' group is an informal collection of people who get together to care and protect the Bay, usually by helping with litter picks in conjunction with City Council ecologists. Please note that if you come to help, parking is limited and their are no toilets on site. Recently, Friends of Chessel Bay have teamed up with Surfers Against Sewage S.A.S. who have conducted citizen science surveys and helped clean up the Bay - see links.  Please watch this website, local media and notice boards for further news.

Pictures below:  Friends work hard at the Spring Clean 2017. Another ton of trash taken away!  and... Surfers Against Sewage (S.A.S.) bag up rubbish at Citizen Science exercise at Chessel Bay March 2020. 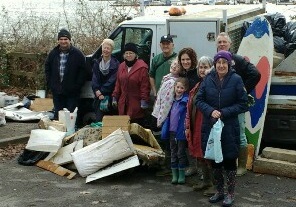 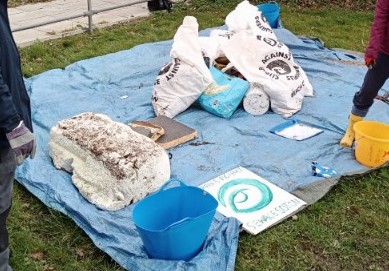 Tubbs, Colin (1999) The Ecology, Conservation & History of the Solent

The above are all out of print but copies can be seen in Southampton City local reference library.

** Part of this report is also available as a PDF. The cover, frontispiece and contributors are included as well as the report on Chessel Bay and a map.  Many thanks to the Schools Conservation Corps, who are now disbanded. The report includes lists of flora (see also above) and illustrations.   PDF size 290K.

Southampton City Council have updated their 1992 Nature Conservation Strategy. The new Biodiversity Action Plan, or BAP, is now published. You can contact the Hawthorns Urban Wildlife Centre for a paper copy.

Southampton City Council have produced an attractive leaflet about Chessel Bay, also available from the Hawthorns Urban Wildlife Centre and local libraries.  If you would like a copy, and are unable to source one, please contact the Friends email above. 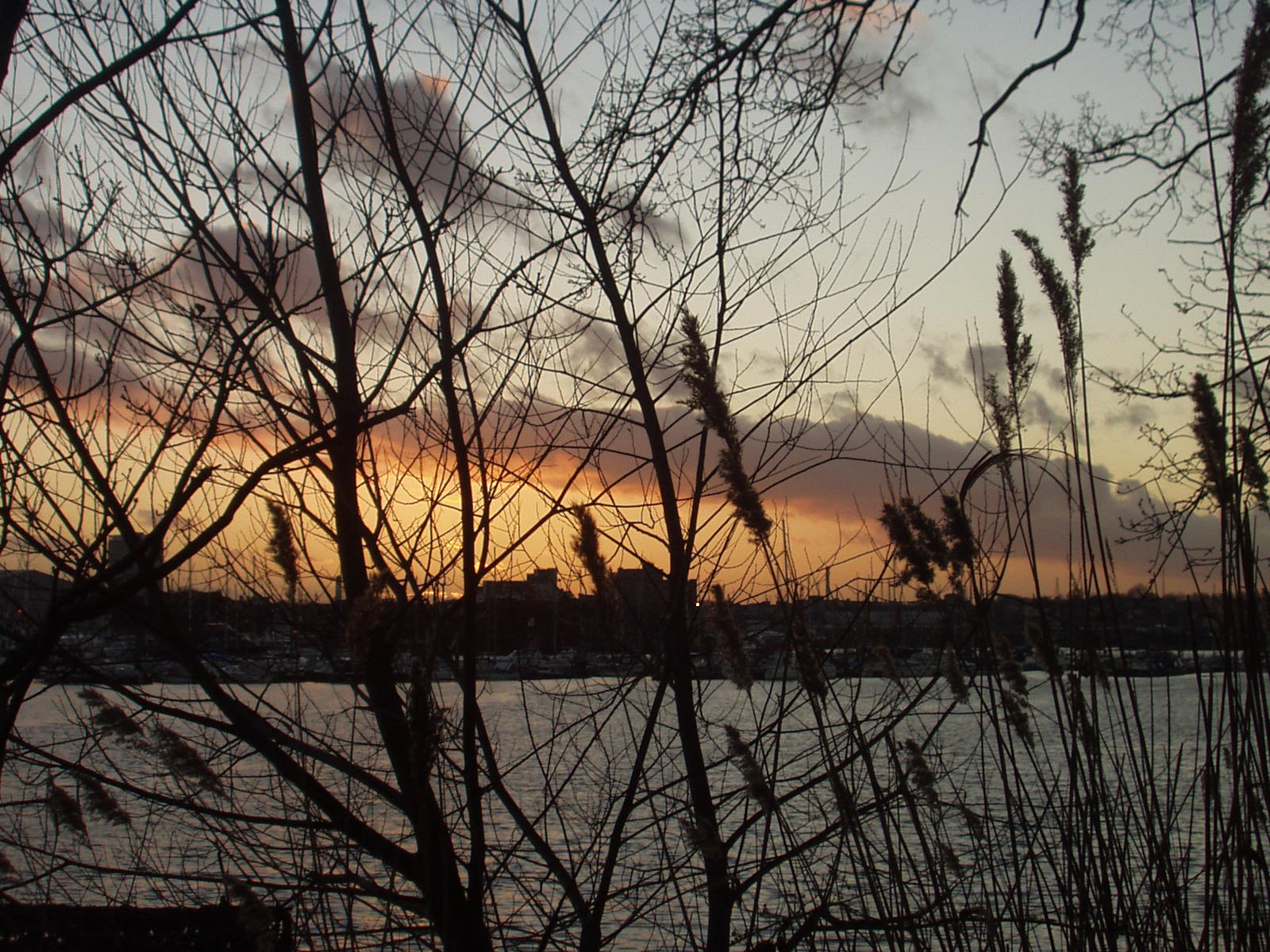 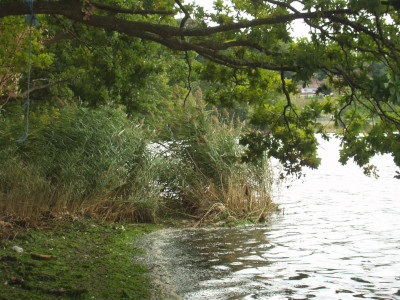 Message in the Waves  BBC Natural History Unit film - looks at environmental challenges facing people and wildlife of Hawaiian islands.  Applies through much of the Pacific ocean and elsewhere.  Note the key issue of plastic marine pollution.

Surfers Against Sewage Campaigning against plastic pollution on our shores and in our seas. Research in Chessel Bay in 2018, 2019 and 2020, includes bottle pollution data, brand audit report, plastic audit report and Southampton Nurdle Report 2020. See citizen science and links above. 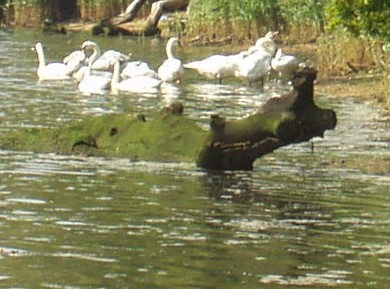 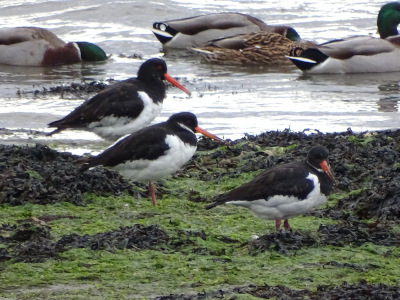 Chessel Bay Local Nature Reserve - a wilderness in a City.